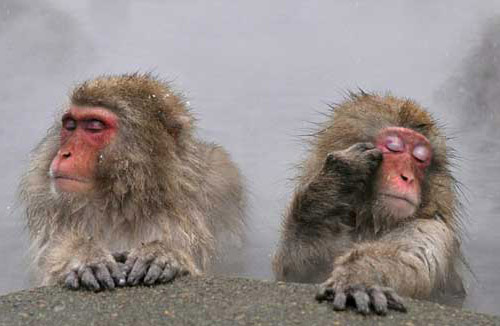 The answer is found in a very familiar place, in a prayer that most of us say daily, the Lord’s Prayer. In it we pray, “Thy kingdom come. Thy will be done on earth as it is in heaven.” The kingdom of God is when the will of God is established on earth, when the world becomes the way God wants it to be. That day will be good news for all of us. When God’s will is established, when the kingdom is established, evil will be destroyed. When the kingdom comes, there will be no more poverty or war, no more hatred or injustice, no more corruption or violence. Instead, when God’s will becomes real on earth, there will only be abundance and peace, love and kindness, harmony and justice. This then is the kingdom that Jesus proclaims and we believe is coming. Moreover, we believe that we that we have a role in establishing God’s will on earth. So as Christians we believe that the kingdom is coming and we are called to build it.

So how are we doing? For all the good actions and works done by Christians and others throughout the world, are we closer to the kingdom today than we were in the time of Jesus? Are we closer to the kingdom today than we were last century or last year? When we ask this question, the results are mixed. We can point to many points of progress, many places where justice is growing and where peace is being established. Yet at the same time we can point to many signs that the kingdom is not yet here: war and violence, injustice, and corruption – they are still a part of our world. With so many factors in our world that are contrary to God’s will, how do we maintain our belief that the kingdom is coming? How do we continue to take seriously our role in building it?

Here is where the Japanese monkeys come in. There is a report floating around the internet about a group of scientists who were conducting an experiment between 1952 and 1958 with the species of Japanese monkey, called Macaca Fuscata. The place for this experiment was the island of Koshima in Japan. On this island there were thousands of monkeys. The scientists chose to introduce something unusual into the environment so that they could see how the monkeys would react. They cut up pieces of sweet potato and threw them onto the beach. The monkeys loved the sweet potatoes but they were frustrated by the fact that the sand from the beach adhered to the sweet potatoes. So they kept trying to figure out what to do about this.

An eighteen-month-old monkey who the scientists named Imo was the first to come to a solution. She figured out that if you took the sweet potato and brought it to a stream, you could wash off the sand. She was delighted at this discovery and shared it with her mother who began to share it with some of the other adults in their particular tribe. The scientists watched how the monkeys gradually showed one another how to add this improvement to their lives. However, the progress was slow. Even though there were thousands of monkeys on the island, over the period of six years only 99 learned to wash their sweet potatoes. Then one morning in October of 1958 the 100th monkey learned how to wash her sweet potato. For reasons that the scientists still cannot explain, all the monkeys on the island started washing their sweet potatoes by the evening of that same day. The scientists call this the Hundredth Monkey Phenomena. Their theory is that if something new is learned, there comes a critical point when one more person learns it and then there is a breakthrough. Suddenly the new knowledge spreads to the rest of the population.

Now this Japanese experiment might be nothing more than an urban legend, but it makes a point that is remarkably close to the teaching of the Jewish rabbis on God’s kingdom. When questioned why God was taking so long to establish the kingdom, the rabbis concluded that God was waiting for a certain response from humanity before sending the Messiah. Moreover, the rabbis believed that God had a particular number of good works in mind. Therefore the rabbis warned their followers never to underestimate the value of one good work, never pass by an opportunity for one mitzvah. One action of loving kindness might be the action to reach the number for which God was waiting—one mitzvah might allow the Messiah to come.

You and I continue to believe that it is God’s intention to establish the kingdom. We would be served well to learn from both the Hundredth Monkey Phenomena and the teaching of the early Jewish rabbis. Never undervalue the importance of a single good work, a single act of loving kindness. Every one of your actions offered in faith is valuable and important. Never say to yourself that even a small work can be discounted. Shoveling the driveway for your neighbor next door, spending a few moments with a co-worker who is undergoing family problems, being patient with your parents or with your spouse might seem like small actions. But each one builds the kingdom. Do not hold back from seizing the opportunity to do them. For even a small action might be the action that allows the Messiah to return. Even a simple action of loving kindness on your part might be the addition that tips the scales and establishes the kingdom of God.

More homilies for A: The 3rd Sunday in Ordinary Time