These materials are intended as aids to enhance the meaning of specific biblical books and themes.

Each of the entries includes an historical introduction followed by articles which discuss  specific dimensions of the text. The entry concludes with a series of short reflections on specific bible passages and both questions and prayers which draw out implications for living. This approach is well suited for use by a study group which seeks to appreciate the Bible more deeply or by an individual who desires a guide for spiritual growth. 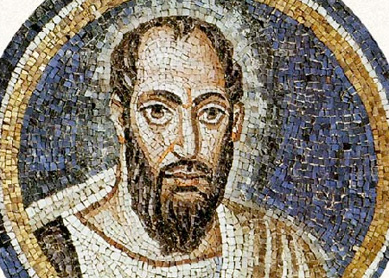 Paul’s Letters to Galatia and Rome

Two of Paul’s Letters are clearly associated with the relationship between followers of Christ and the Jewish Law. Galatia was a Roman province in what is now the country of Turkey.  Paul founded a Christian community there in the late forties or early fifties of the first century.  The community was primarily Gentile.  Paul instructed them in the gospel of Christ and its connection to Judaism.  The Letter to the Romans addresses tensions which were common in early Christian communities comprised of both Gentiles and Jews.  Jews were living in Rome from at least 139 B.C.E.  Early Christian missionaries convinced some of these Jews to believe in the gospel.  Gentile converts were also made, resulting in a mixed community of Jews and Gentiles believing in Christ.  Paul had never visited the Christian community in Rome, but he knew of its prestige and influence.  In his Letter to the Romans Paul expresses his belief that contact between himself and the Romans would be “mutually encouraging” (Rom 1:12).  He will receive support from them for his planned trip to Jerusalem.  They will find in his experience of the gospel a way to resolve the tensions within their community.

Learn more about The Letters to Galatia and Rome 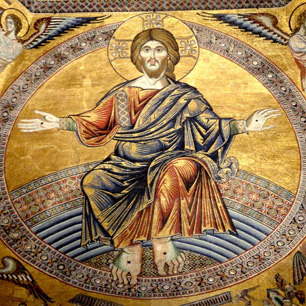 The Letter to the Hebrews

If we examine any particular part of The Letter to the Hebrews in isolation, we will come away with a incomplete notion of what kind of writing it is. When we read the powerful statements describing the nature of Christ, it is easy to conclude that Hebrews is like a theological treatise. When we face the intricate and repetitive exposition of scripture, Hebrews appears much like an exegetical exercise. When we encounter the frequent words of guidance and encouragement, Hebrews seems very like a sermon. When we notice the greetings and benediction at the end, Hebrews conforms rather closely to a letter. Yet all these different strains together comprise a single and impressive work.

Learn more about The Letter to the Hebrews 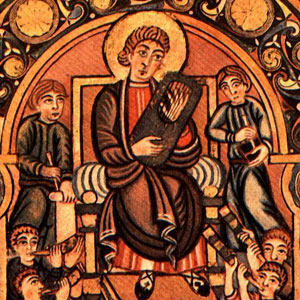 The Book of Psalms

If you want to know a nation’s accomplishments, read its history. If you want to understand a nation’s culture, recite its poetry. If you want to touch a nation’s soul, embrace its prayer. This is the gift of the Psalms. For in this biblical book we touch the soul of Israel and our own as well. Within this book are collected one hundred and fifty prayers addressed directly to God, reflecting the range of human desires and emotions. No more accurate insight can be given into the heart of the believer than to follow the dialogue from creature to Creator, from petitioner to Savior. Here all pretense and posturing are left aside, and what remain are urgency, honesty, and praise. For almost two millennia followers of Christ have read Paul’s letters to the church at Corinth to build their faith and guide their prayer. Crucial decisions have been made and lives have been transformed through reflection on Paul’s words to this early believing community. All Christians throughout the world accept First and Second Corinthians as God’s inspired word. Yet when these letters were first composed, they were intended to address specific issues in a single community. Therefore, the concrete circumstances of a church in one particular city of the ancient world have influenced Christians in every time and place. As we read First and Second Corinthians, it is important to appreciate the specific situation of the city of Corinth, the history of Paul with this particular community, and the potential which these two letters possess to preserve the unity of the church in every age.

Learn more about The Corinthian Letters The Parables of Jesus

Parables stick in our minds and grow in our hearts. They resonate with vibrations which are both practical and unsettling. More so than any other biblical form, they provide us with a glimpse of the kingdom of God. Scattered throughout the gospels, these succinct images capture the essence of Jesus’ message and convey the particular style of his teaching. One cannot study the parables without appreciating more deeply the power and creativity of Jesus’ ministry. In parables we can understand why people from every state of life were drawn to listen to Jesus and became convinced that he was a teacher sent from God.

What is a parable? How does a parable work? Why is its approach effective? In 1935 C. H. Dodd offered this definition: “A parable is a metaphor or simile drawn from nature or common life, arresting the hearer by its vividness or strangeness, and leaving the mind is sufficient doubt about its precise application to tease it into active thought.” Most of what we need to know about parables is contained in this one sentence.

Learn more about The Parables of Jesus 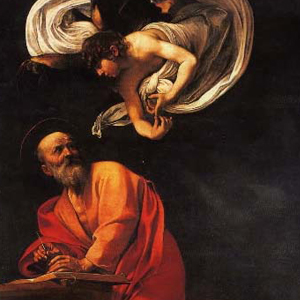 The Gospel of Matthew

The Gospel of Matthew is the first word of the Christian scriptural canon. Although the Gospel of Mark was written earlier, it is Matthew’s gospel which comes first in our bibles. Such a privileged position gives a particular authority to this early Christian work. Many stories and words of Jesus come to us in more than one gospel, but it is often Matthew’s presentation of them which believers carry in their hearts. For example, both Matthew and Luke describe Jesus preaching the beatitudes. Yet Luke’s five beatitudes are generally forgotten, while Matthew’s eight beatitudes appear on countless plaques and in most prayer books throughout the world. The number of Christians who know Luke’s version of the Lord’s prayer could fit in a rowboat, while Matthew’s wording is prayed by millions daily. 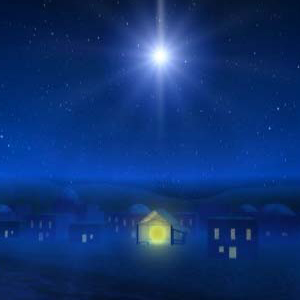 From the very beginnings of the Christian Church, the newness of Jesus was expressed in light of the Old Testament. A 2001 statement of the Pontifical Biblical Commission expresses this connection in a forceful way: “Without the Old Testament, the New Testament would be an incomprehensible book, a plant deprived of it roots and destined to dry up and wither” (The Jewish People and Their Sacred Scriptures in the Christian Bible, #84).  From a Christian point of view, then, the unity of God’s plan requires that the New Testament constantly refer back to the Jewish scriptures. The Old must be found in the New. The Spirit of God

God is beyond human understanding. Yet the Jewish-Christian tradition insists that God dos not stand aloof from creation but freely chooses to relate to the world out of love. How then can the actions of this unknowable God be expressed? Only through limited human language. We must employ images drawn from human experience to describe God’s action in our midst. Our human words always fall short of the mystery of God, but they are the only words we have.

The descriptions of the Spirit of God in the scriptures are efforts to express the inexpressible God. In both Hebrew and Greek the word which we translate as “spirit” indicates “a movement of air.” Thus “the Spirit of God” could correctly be translated “the wind of God” or “the breath of God.” This invisible movement of air is an inspired image for God’s presence and action among us.

Learn more about The Spirit of God