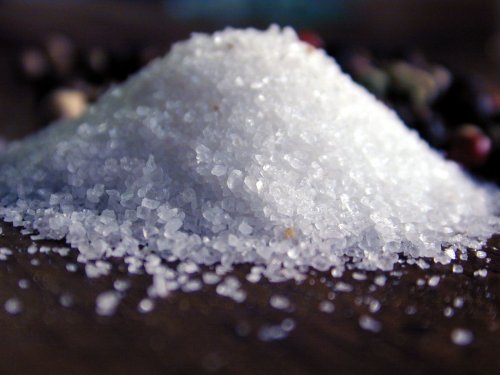 Jesus tells us that we are the salt of the earth and the light of the world. What does he mean by these images? How are we light and salt? Two stories might help. The first story begins 2,700 years ago in the city of Jerusalem. The king at the time was King Hezekiah, and King Hezekiah had a problem. The water source for the city of Jerusalem lay outside its walls, therefore, making the city very vulnerable to attack. For if an army besieged the city, they could cut off the water supply and thus assure that in a very short time the city would have to surrender. King Hezekiah decided he was going to dig a tunnel, and he did so through solid rock—1,700 feet of tunnel that brought the water from the outside source into a pool within Jerusalem. Now the tunnel’s source was secret at the time so that the enemies would not know about it, but it has been recently discovered by archeologists. Today, if you go to Jerusalem, you can walk through King Hezekiah’s tunnel. This week I ran into an account of a pastor from Washington, DC, who did just that. Here’s how he describes it:

“You have to go with a guide and put on a bathing suit because the tunnel still has water in it. Because the tunnel is twisted and of different levels, you have to walk carefully because sometimes the water is at your waist and sometimes it comes up to your chest. Also, there are times when the ceiling is low and there is only just enough space to get your head through. The guide also gives a candle to each participant so that there would be some light. Each participant must follow the person ahead of him or her as the guide leads the group.”  Our pastor from Washington, DC was bringing up the rear of this small procession. He was taking his time soaking in the history of the place. But when he was about half way through the tunnel, for some reason his candle went out. The rest of the group was already far ahead and had turned a corner, so the pastor found himself in absolute darkness with 800 feet of solid rock on either side of him before daylight. Now, of course, there really was no danger because he knew that the guide would come back to find him. But he said that as he stood there in absolute darkness, with the water up to his waist, waiting, he never felt so alone, so helpless, so vulnerable. He waited as it seemed to him forever until he saw ahead of him a small flicker and then the tour guide turning the corner holding a candle. It was a small light, but how brightly it shone for someone who stood in darkness. For those in darkness, light is a sign of hope and salvation. This is the sense in which we are the light of the world. Our role is the role of the guide – the role of bringing light to others so that their darkness is dispelled.

The second story: There’s a small French mountain village called Le Chambon. Everyone in the village went to the same small Christian church. When the Second World War broke out, Jewish families began to arrive in the train station at Le Chambon trying to escape the Nazi death camps. It was, of course, illegal to help these refugees. But the people of this small village, to a person, defied the law. They took Jewish families into their homes, fed and clothed them, helped them obtain new documentation, and smuggled them across the border into Switzerland. It is said that in the years from 1940 to 1943, there was not a wine cellar, an attic, or a hayloft in the village that had not sheltered a Jewish child. There was never a report that any refugee had been turned away or betrayed to the authorities by the citizens of Le Chambon. During the course of the war, it is estimated that this city saved the lives of 5,000 Jewish people. After the war, the pastor of this small church was interviewed and was asked what motivated the heroic courage of this community to risk their lives and property for people they did not even know? The pastor responded that they were not trying to be heroes. They were simply trying to be Christians. This is what it means to be salt for the earth–to so believe in the love of God and the call to justice that we stand apart from what is expected and normal.

And that leaves each one of us with a question. If we were to look at our own lives, could we find signs that our lives are different from those who do not believe in God? Would people looking at us see something distinctive in the way that we love our families, treat our employees, or care for our neighbors? Is there a taste that tells that we are motivated by something beyond our own self-interest, self-preservation, or comfort?

If you live your life, like everyone else does, you cannot be salt for the earth. If you do not give hope to those who are in darkness, you cannot be the light of the world.  You might not have the opportunity like the people of Le Chambon to do something heroic, but the question still remains: if it ever became a crime to follow Jesus, would anyone find enough evidence to convict you?

2 thoughts on “Salt and Light”