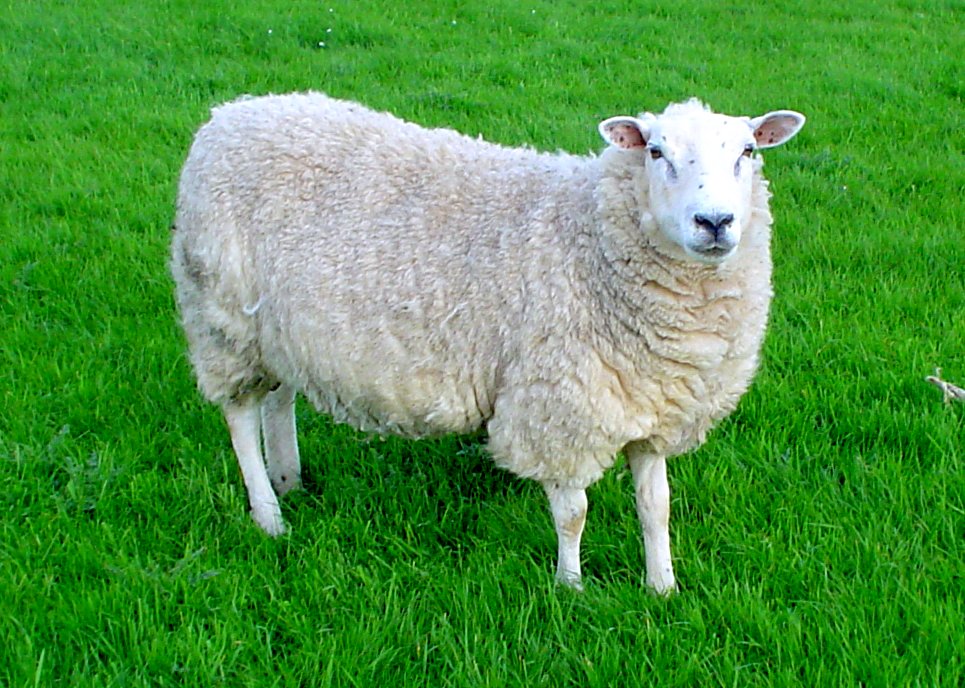 Today is the fourth Sunday of Easter. It is sometimes called “Good Shepherd Sunday.” That is because in all three cycles of the Liturgical Year, the Gospel presents us with an image of Jesus as the shepherd and we as the sheep. Now preaching on this Sunday has its challenges. This was driven home to me several years ago when after preaching on this Sunday, a parishioner came into the sacristy with a criticism. He said, “I know it’s scriptural and all that, but I don’t like being compared to a sheep. Sheep are dumb animals. They have very little initiative or energy, and they are easily led around by whoever would want to manipulate them. Is this image of being a sheep really a useful image for a disciple in the twenty-first century?” I thought that the criticism was valid, and I am careful in my preaching every year on “Good Shepherd Sunday.”

That’s why it was good last week that I read an article about sheep farmers. Each year United States sheep farmers bring in sheep shearers from Australia or New Zealand remove the wool from the sheep. But because of the present weakness of the American dollar, fewer and fewer sheep shearers have been willing to come to the United States. Therefore, the farmers have begun to train Americans to shear the sheep. The newspaper interviewed a number of the trainees who insisted that the traditional image of the sheep as being peaceful and docile is way overblown. Sheep will indeed, allow you to shear them but only if you know what you are doing, only if they trust you. If they do not trust you, they will assert themselves and run away. And when a hundred pound sheep makes a decision to run away, it takes a great deal of experience and muscle to hold them where you want them.

Now I thought that this new information might be used to enlarge and deepen the traditional image of sheep. Sheep are peaceful for sure, but they can also be assertive and strong. These two qualities together provide a very useful image for discipleship in the twenty-first century. We are called by Christ to be disciples who are not only peaceful but also assertive, not only docile but also strong.

Our call to peace comes directly from the scriptures. Peace characterizes God’s kingdom. Isaiah dreams of the day when the swords will be beaten into plowshares, and Jesus promises us a peace that the world cannot give. So as followers of Christ, we must be people of peace. We must be people opposed to violence. Indeed, we must understand that although choosing violence appears to deliver what we want, it instead contributes to a cycle which can destroy us. This is true both culturally and personally. Every time we as a nation use our military might to bend another nation to our will, instead of using dialogue and negotiation, we choose an option contrary to the kingdom of God. Every time we support a social solution based on violence, whether that be the violence of abortion or the violence of capital punishment, we take a step contrary to what God intends. Every time we act personally out of anger or vengeance, every time we use our position or authority in the workplace or home to coerce someone to do what we want them to do, we show that we are not acting as Christ’s disciples. Violence is not the answer. We must be people of peace.

But at the same time, we must be people of strength. The gospel does not call us to be wallflowers or doormats. We are not doing Christ’s will when we avoid taking a stand against evil and injustice. We are not being faithful disciples when we accept the manipulations of our world, the imperfections of our government, the flaws of our culture. We are not following the gospel when we accept abuse in our workplace or in our home, imagining that such acts of violence are acceptable—or, even worse, something which we deserve. It is part of our mission to oppose evil, to assert ourselves against those forces which can harm us and harm the people we love.

So if Christ is the shepherd and we are the sheep, it is important to know what a sheep is: a peaceful animal but one who is willing to assert itself against the evil which surrounds it. We are called to be people of peace but also people of strength, willing to commit ourselves in non-violent ways to oppose the evil of the world, willing to stand against violence even as we take steps to protect ourselves and our families. Now this mixture of peacefulness and strength is an uncommon and delicate balance. But it is the balance of the gospel. And we who are called to follow the shepherd commit ourselves to find that balance and to proclaim it with our lives.