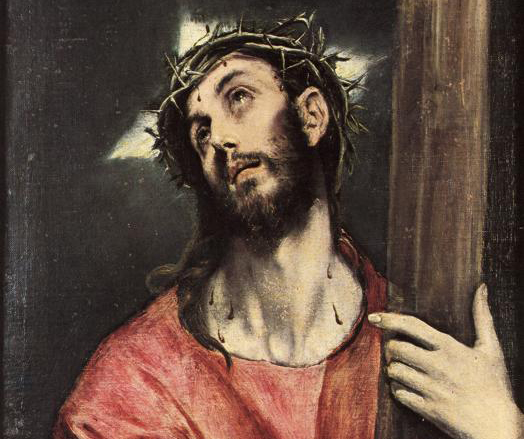 During Holy Week, the liturgical readings are filled with the glory of Christ’s sacrifice and resurrection. But there is also danger in the texts Christians proclaim. A naïve reading of the accounts of Jesus’ passion can lead to the conclusion that the Jewish people were responsible for Jesus’ death.

Who, then, did kill Jesus. On a spiritual level this question is easy to answer. Jesus died for our sins. Christians have believed from the beginning that it was our sins which nailed Jesus to the cross. Jesus, however, was a real historical person. We can therefore also ask on an historical level what were the causes which led to his crucifixion and who were the agents involved. Here the answer becomes much more complex.

The Passion Accounts present specific characters to us as the agents of Jesus’ death. The problem is that the characters differ from gospel to gospel. Matthew, following Mark, presents a night trial of the entire Jewish council which condemns Jesus to death (Matthew 26:57; Mark 14:53). John, however, has only an inquiry before Annas and Caiaphas (John 18:19-24). To complicate the matter further, by using the term, “the Jews,” John gives the impression that the whole Jewish people led Jesus to the cross (John 18:31, 36, 38; 19:7, 12).

How do we explain such discrepancies?  By remembering that the gospels are documents of faith and that none of them strive to be historical records in the modern sense. Although the gospels can and do contain historical data, the evangelists felt free to adapt their message in ways which made it more dramatic and compelling. Therefore when we seek historical information from the gospels, we must carefully weigh which of the scenes and characters are historically accurate.

Although historically it is clear that Jesus was executed by the Romans, it is very likely that some of the Jewish temple authorities were involved. The Roman occupation of Judea gave birth to a uncomfortable alliance. Rome permitted the Jewish authorities to lead their people and worship God according to their faith as long as those same authorities would assist in keeping the Roman peace. The most dangerous time to keep the peace was during Passover when Jerusalem was filled with pilgrims antagonistic to the power of Rome. It is likely that when Jesus overturned a few tables in the temple area during Passover, the temple authorities quickly and summarily handed him over to Pilate. There was no need nor time for arguments or due process. Neither the temple authorities nor Pilate wanted to risk the chance that Jesus could ignite smoldering Jewish contempt for Rome.

The gospels present us with dramatic trials and intense theological debates. The historical picture was very likely much simpler and more political. Life was cheap in first century Judea and readily sacrificed to maintain Rome’s power. It is for this reason that the Jewish scholar Ellis Rivkin has suggested that the correct question is not “Who killed Jesus” but “What killed Jesus.” Jesus was killed by the Roman imperial system. It was not the Jewish people nor the Roman people who killed Jesus. Rather it was the Roman political system which victimized Jews and Romans alike and sacrificed innocent lives to maintain its empire.

The co-opting of the temple authorities is actually reflected in the passion of John which is read on Good Friday (18:1—19:42). In several passages, it is said that those who approach Pilate and call for Jesus’ death were “the Jews.” A moment’s reflection would prompt us to ask, “Which Jews?” Jesus was Jewish. So were all his disciples. The only way we can read the text sensibly is to conclude that when the gospel refers to “the Jews,” it has a subset of Jews in mind. When we explore who this subset might be, the passage offers a likely solution. Pilate’s audience is alternately described as “the Jews” and “the chief priests.” This implies that the subset of Jews who cooperated in Jesus’ death were the temple authorities. Because we know that historically Pilate forced the Jewish leadership to cooperate with his agenda to keep the Roman peace, it is likely that when John’s passion account speaks of “the Jews,” it is referring to the chief priests.

When we immediately accept every character and scene in the gospels as historically reliable, we can derive incomplete and misleading conclusions. Throughout the centuries such erroneous conclusions have spurred a Christian attitude of contempt towards Jews which has resulted in denigration and persecution. The Catholic bishops of the world in the Declaration on the Relationship of the Church to Non-Christian Religions at the Second Vatican Council (#4) insisted that what happened to Jesus in his passion cannot be blamed on all Jews then living nor upon the Jews of today. Moreover, Catholics are forbidden to believe that the Jewish people are repudiated or cursed by God as if such views flowed from the sacred scripture.

As we open our hearts during Holy Week to the love of God which is clearly shown in Christ’s passion, we must allow that love to influence our perception. Our scriptures do not charge the Jewish people with Jesus’ death. To ignore the danger of misunderstanding this historical fact is irresponsible. We must not allow our Easter message to become a source of injustice and pain to others.

LEARN MORE ABOUT “THE JEWS” IN JOHN’S GOSPEL

1 thought on “Who Killed Jesus?”