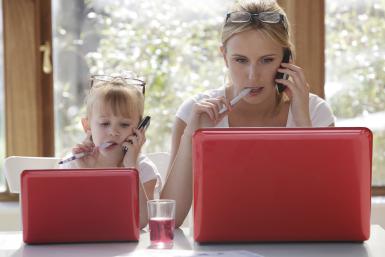 Do you remember the first time a hero failed you? Do you remember the first time that someone you looked up to, someone you tried to imitate, someone who inspired you, let you down? It probably happened when you were young, because the young make heroes easily. Perhaps it was a baseball player or a Hollywood actress or a teacher. Perhaps it was even someone in your own family.  Someone you looked up to did something or promoted some value that you knew you would never want to imitate.

Jesus recognizes this problem in today’s gospel. He criticizes the religious leaders who should have been role models for the people and warns his disciples not to follow their example. What underlies Jesus’ warning is the human truth that we are all contagious to one another. We influence others either for good or for ill. None of us lives an isolated life. We require good influence from those around us.

So how do you live in a world where heroes fail? By reminding yourself that there are some heroes that do not fail. For all the people who prove themselves unworthy of our imitation, there are still some people who inspire us. It is important for us to identify who those people are and follow their example. How do we identify them?  Jesus tells us what to look for.  He says, “The greatest among you will be your servant.” Real heroes are servants. Real heroes serve others with integrity, generosity, wisdom, and love. We all have some of these heroes in our lives. A hero could be a grandmother or a neighbor, a friend or a cousin. A hero could be somebody at work or somebody we have met in this community. We could admire someone in government, someone in the church.

The truth is you do not need many heroes in your life. One or two will do. One or two real heroes have the ability to offset the disillusionment that comes when so many others let us down. But we should identify the people who are our heroes, be grateful for them, and follow their example. We should never forget that we too are contagious, contagious for either good or ill. Therefore we are called to follow the example of our heroes and love and serve with as much integrity and wisdom and generosity as we can.

As we try to live in this way, we should place the results of our efforts in God’s hands. We cannot predetermine which people will be positively influenced by our actions. We are not equally contagious to everyone. Some of the people that we would most like to serve, will remain curiously unaffected by our action. Other people will surprise us with how receptive they are and how quickly they follow our example.

How do you live in a world where heroes fail? You remember those who succeed. Let us then today, remember those people in our life, who by their service and example have made us better people. Let us always be thankful for them. Let us also follow their example so that, as we ourselves serve others, there will be at least some people who will find something worth imitating in us.