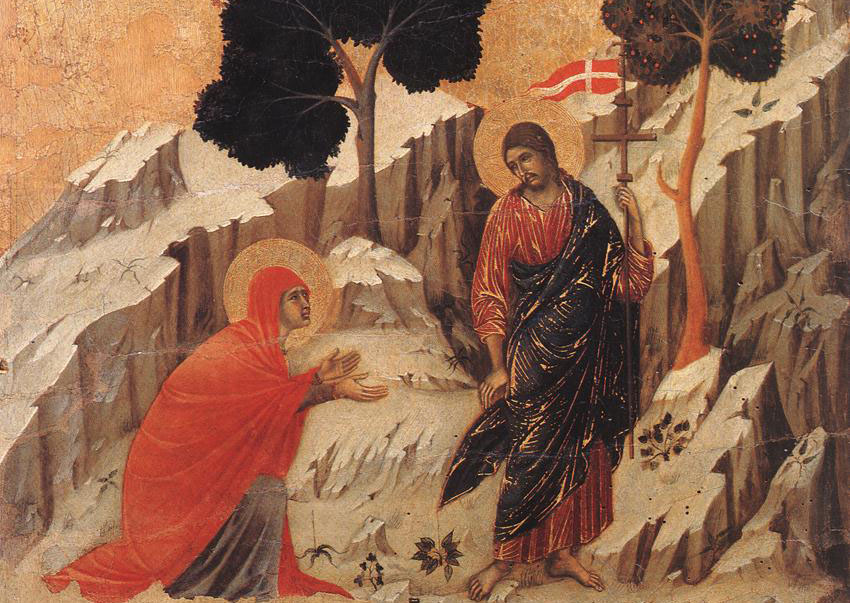 It is impossible to celebrate Easter without Mary Magdalene. She is present in most Easter stories. She is mention more frequently in the New Testament than any other woman with the exception of Jesus’ mother.

Why was the person of Mary Magdalene so remembered by the early church? The suggestion that she was a repentant prostitute who was related to Jesus in a carnal manner—though attractive to Hollywood—cannot be credibly maintained. Her importance lies in another direction. Mary Magdalene is present in every gospel account of the empty tomb. Her constant presence indicates that Mary Magdalene was the first disciple to receive an appearance of the risen Lord. The importance of this role cannot be overstated. Christianity rests upon the truth of Christ’s resurrection, and our only access to this truth is through the witness of those who saw him. If Mary Magdalene was the first of these witnesses, then her status is high indeed.

Both Luke 24:1-12 and John 20:1-9 report that Mary saw the risen Christ and then went to tell the apostles. Both passages indicate that Mary’s witness was not well received. Luke reports that her story seemed an idle tale to the apostles and that they did not believe her. John informs us that when she announced that the tomb was empty, Peter ran to the tomb with another disciple but saw nothing. In time all the apostles would see the risen Lord. But it seems likely that the first appearance was to Mary Magdalene.

When Mary understood that despite the horror of the cross Christ had been raised up, she proclaimed that truth fearlessly. Even though the apostles held a higher status, even though her message was open to ridicule, Mary told Peter and the others, “I have seen the Lord.” That is why her name is remembered and why we must imitate her courage. Each of us has been shown an aspect of God’s love. Each of knows something that is true and valuable. Others need to hear it. Whether it is an insight, an opinion, a correction, or an affirmation, telling others is the call of a disciple. Hippolytus, a bishop of the third century, called Mary Magdalene “The Apostle to the Apostles.” We need apostles today. Our witness is still required. Mary Magdalene’s witness began the message of Easter. Our witness allows the good news of Easter to continue and grow.

See other entries from Living with Christ