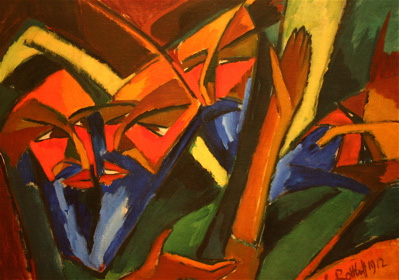 Any parent who has attempted to guide a teenage son or daughter through the years of adolescence knows that some days can be ugly. Conversations about curfew or driving rights can quickly become loud and disrespectful. Some of the emotion and volume can be traced to racing hormones. However, a great deal of the stubbornness and violence of this period flows from the need of teenagers to establish their own identity. Seeking the proper kind of independence from their parents, adolescents often overreact and speak so as to push their parents away.

A similar kind of teenage emotion and disrespect can be discovered in our gospels. All four gospels were written in what could be seen as a period of adolescence for the early Christian communities. Needing to establish their own identities apart from that of their parent religion, Judaism, these early Christian groups often struck out in ways which were unfair and violent.

A clear example of this tendency can be found in Chapter 23 of Matthew’s Gospel. The Gospel of Matthew was written by a young Christian community which was in a struggle to define itself apart from the Pharisees and their teaching. Matthew 23 colors all Pharisees with the same negative brushstroke. If we were to accept Matthew’s evaluation of them, they would all be hypocrites who live only to receive honor and privileges and have no concern for the burdens they place on others. Such a presentation of the Pharisees is unmerited. It results from the “growing pains” of the early church. But once these exaggerated evaluations of the Pharisees were accepted as part of the Bible, they denigrated the position of the Pharisees in common thought.

The English word, “pharisaical,” is an example of this tendency. It is defined in our dictionaries as “marked by hypocritical censorious self-righteousness.” To equate being a Pharisee with hypocrisy can only be explained through an uncritical acceptance of the negative portrayals of the Pharisees in the gospels. This adjective is offensive to anyone who desires unbiased representation of history. The Catholic Church has taken steps to alert those who read the Bible to this bias. In 1985 the Vatican issued Notes on the Correct Way to Present the Jews and Judaism in Preaching and Catechesis in the Roman Catholic Church. These notes recognize that many references hostile or less than favorable to Jews such as the Pharisees have their historic context long after the time of Jesus in the conflicts between the nascent church and the Jewish community (#21a).

In the ancient world, disagreements were not polite. The effort to tear down one’s opponent in speech was so common in the ancient world that it had a specific name. Greek and Roman authors called such tactics vituperatio. In such an approach negative charges were leveled against some one who was outside of one’s own group. In this way their group’s importance was lessened and the attacker’s group was enhanced. Such charges should not be read as accurate descriptions of the opponent who was being attacked.

A popular strategy in vituperatio was to call someone a “hypocrite.” In chapter 23 of his gospel, Matthew levels this charge against the Pharisees six times. As normally understood hypocrisy describes a lack of correspondence between what is said and what is actually done. However, in many places where Matthew calls the Pharisees hypocrites the charge does not fit the context. This suggests that Matthew is calling the Pharisees hypocrites not because their actions warrant that charge, but simply because it is a good way to tag them as his opponents. The practice of vituperatio is worth remembering as we read the gospels. Many members of Jewish groups may be characterized as “hypocrites” or “blind guides” not because they were phony or poor teachers, but simply because they believed things which were different from the beliefs of the early Christian communities. A peculiar saying in an early Christian writing called the Didache supports this point: “Let not your fasts be with the hypocrites, who fast on Mondays and Thursdays; rather you should fast on Wednesdays and Fridays.” In this text what makes a person a hypocrite is not how or why they fast, but simply because they do so on a different day than Christians do.

If we accept the excessively negative descriptions of the Pharisees as accurate, they will lead us to an incorrect and prejudicial understanding of these important Jewish leaders. The Pharisees were a religious group who were well respected as holy and sincere teachers of the law. They desired to make the practice of Judaism a part of the ordinary lives of people. To believe what Matthew says about them in chapter 23 would be similar to believing what your teenage son or daughter might say to his or her friends when they ask about you as a parent. If the question was posed after a normal family argument, your teenager’s description of you could well be exaggerated and unfair.

4 thoughts on “Teenage Strains in the Gospels”