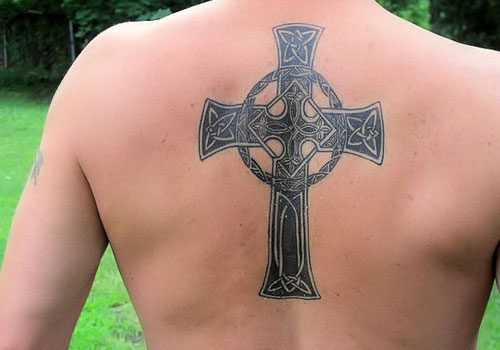 Religious tattooing was widely practiced in the ancient world. The Greek historian, Herodotus, documents its use among several ancient cultures. The commitment of a devotee to his or her god was frequently given visible expression by a permanent mark upon the body.

In Galatians 6:17 Paul says, “From now on, let no one make trouble for me; for I carry the marks of Jesus branded on my body.” What is Paul describing?  It is possible that at his baptism Paul tattooed his body with a cross which signified his allegiance to Christ. The Mosaic Law, however, discouraged such signing of the body. Therefore, it is also possible that the marks to which Paul refers were wounds and scars resulting from his suffering for the gospel. The ministry of an apostle was not an easy one. Paul was beaten with rods three times and stoned once (2 Corinthians 11:25).

What is important about this passage is that Paul does not see his apostolic sufferings as a matter of bad luck. They are a cause for boasting. In ancient society the branding of slaves was used to indicate ownership. Paul not only points to his marks as a sign that Jesus is his master, but also as palpable proof that he has suffered for his Lord.

Whether tattoos or scars, Paul’s understanding of the marks on his body illustrates a fundamental Christian perspective. When pain enters our lives, we strive to resist despair. Even as we suffer, we keep searching for some goodness which might result from our hurt. Just as Paul could draw a connection between his sufferings and the spread of the gospel, Christians try to discover a way in which our pain can promote God’s kingdom.

This is not to say that we believe that God sends evil to us so that goodness might emerge.  For that would leave us with a cruel God indeed. We do, however, believe that God can draw blessings from every situation and that, in faith, no pain is wasted.

Paul would be the first to insist that his apostleship was only possible because of God’s grace. Yet Paul’s willingness to give himself completely to the mission of the gospel was not peripheral. It produced results in the communities he founded throughout Asia and Europe. Paul’s ministry was not just a matter of words but of concrete actions and painful consequences. The proof of his mission could be seen in the marks he bore on his own body.