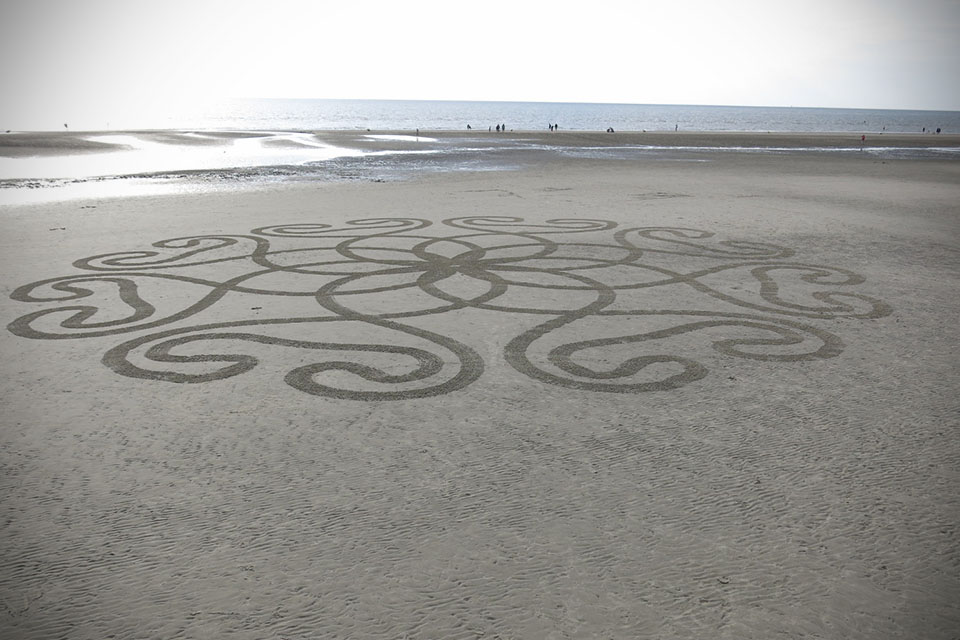 The question that always arises when we hear today’s gospel is: What was Jesus writing on the ground with his finger? The gospel itself does not tell us. This has given rise to numerous interpretations throughout the centuries. One suggestion is that Jesus was writing the sins of those in the crowd who were about to stone the woman. Another possibility is that Jesus was writing some notes for himself, getting together the argument by which he proposed to set the woman free.

But, there is another possibility we should consider. The Greek word that we translate “to write,” literally means “to draw” or “to make lines.” So maybe, instead of Jesus forming letters of the alphabet in the ground, Jesus was simply drawing lines or figures. In other words, perhaps Jesus was doodling. If this was the case, then Jesus’ action is not about writing but about waiting, waiting for those in the crowd to see the truth.

Now Jesus was certainly capable of mounting an argument to answer the questions of the Scribes and the Pharisees. He could have used the Mosaic Law itself to make the case that stoning did not apply to this woman. He could have drawn on the long tradition of mercy which is found in the Hebrew Scriptures to assert that mercy should be extended to the woman who stood in their midst. But Jesus did not adopt any of these strategies. He did not offer an argument. He instead gave the crowd time to think. He bent down and occupied himself in silence, providing a space in which those in the crowd could examine what was in their own hearts and determine whether it was right to carry out the action of violence which they were contemplating.

Giving time to the crowd was a way of Jesus expressing his belief that there was a basic goodness in their hearts. Jesus believed that with enough time that goodness would emerge and would lead them to the right conclusion. And, Jesus’ strategy worked. After a time, one by one, the violent mob dropped their stones and went away.

Now the gospel is suggesting that God deals with us in the same way that Jesus dealt with the crowd. God understands how often we hold tight to stones that can harm ourselves and others. They can be stones of prejudice. We know that God has created all people equal and that every person has value. Yet we can cling tightly to the conviction that some people are better than others and that some people do not deserve our respect and care. The stones might be our resentment and anger over a hurt. We know that Jesus asks us to forgive, to forgive even our enemies. Every day we pray that God would forgive us as we forgive those who trespass against us. Yet at times we cannot let go of the hurt that has been leveled against us. We cannot forgive our brother or our sister from our heart. Our stones might be habit of sins that do us no good, habits of pride, impatience, impurity, or criticism. We might at times have the strength to put those stones down. But before we know it, they are in our hands again impeding our motion and weighing us down.

God knows the stones to which we cling, and yet God does not attack us because of our foolishness. God does not shake us trying to move us out of our stubbornness. God gives us time to think. God stoops down and writes with his finger in the dust of time, watching and waiting as people love us, as blessings come to us, as we grow in faith and thankfulness.

God believes that there is a goodness in us. God believes that with the right amount of time that goodness can emerge and reveal the foolishness of our prejudice, convincing us that the sins that we cling to do not belong in our hands. God is waiting, waiting for us to see. God is doodling, providing the time by which we can recognize that the sins that we cling to only lessen our lives. The time that God gives us is a sign of the trust that God has in us.

1 thought on “Our Doodling God”