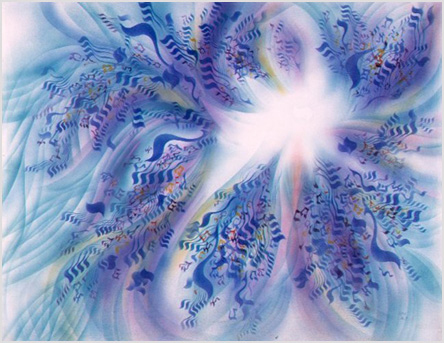 The psalms are prayed regularly by millions of Christians. In monasteries and cathedrals, in parish rectories and private homes, followers of Jesus offer these prayers to God. Because of the spread of Christianity, today there are numerically more Christians than Jews who pray the psalms. This fact is not easily justified. For these prayers, which so many regularly use to worship Jesus, contain no explicit reference to him. Jesus’ name never appears in the psalms nor is there any overt mention of his life or ministry.

This absence of Jesus from the psalms is simply explained from a historical perspective. The psalms were written several hundred years before Jesus’ birth, thus direct references to him would be impossible. How then can we justify a “Christian” reading of the psalms? Does this practice not violate the intention of the original authors? Is not finding Jesus in the psalms an indefensible reading of these prayers outside of their proper context?

We may well reduce these questions to one: is there a valid way to re-read an older text in a new context? To begin, we will document the presence of re-reading within the scriptures.

Re-Reading in the Hebrew and Christian Scriptures

Both the Hebrew and Christian scriptures re-read older texts in light of new experiences. When the Jewish prophet Deutero-Isaiah wants to describe the return of Israel from the Babylonian exile in 538 B.C.E., he reaches back over seven hundred years to the foundational event of Israel’s history:

Thus says the LORD, who makes a way in the sea, a path in the mighty waters, who brings out chariot and horse, army and warrior; they lie down, they cannot rise, they are extinguished, quenched like a wick: Do not remember the former things, or consider the things of old. I am about to do a new thing; now it springs forth, do you not perceive it? I will make a way in the wilderness and rivers in the desert. (Isa 43:16-19)

The clear references to the crossing of the Red Sea and the wandering of Israel through the desert indicate that Isaiah is re-reading the story of Israel’s exodus from Egypt in light of what he sees as a new exodus from Babylon.

In so far as we are able to reconstruct the history of the psalms, it is clear that existing psalms were revised and enlarged so that they might relate to new contexts. This process can be identified within a group of psalms called the Royal Psalms. The original setting of these psalms was to provide song at a royal ceremony. Psalm 2, for example, was probably sung for a Davidic king of Judah on the occasion of his installation. We can picture how clearly the famous seventh verse of this psalm (“You are my son; today I have begotten you.”) accompanies the action of the Davidic king as he assumes his throne. Yet even hundreds of years after the monarchy in Israel had ended, Jews continued to pray this psalm. The context had changed. No longer was the psalm seen as a description of the existing king. It became an expression of a perfect king, a descendent of David, who would some day assume the rule in Israel. Royal ritual was re-read as future promise.

After the resurrection of Jesus, his followers began to re-read the Hebrew scriptures in light of his gospel. Searching the Hebrew scriptures, the authors of the Christian scriptures drew upon the psalms more than any other book, with the exception of the prophet Isaiah. This reinterpretation was used to develop two major themes: Jesus’ exaltation and his sufferings.

Just as their ancestors re-read the Royal Psalms to refer to a future Messiah, the authors of the Christian scriptures now applied them to the One who they believed had fulfilled that role. In the baptism and transfiguration scenes of the gospels, the voice from heaven identifies Jesus as God’s Son. This is clearly a re-reading of Ps 2:7. The author of Hebrews is even more explicit in his use of this same verse. For when he wishes to show Jesus’ superiority over the angels, he quotes Ps 2:7 directly: “For to which of the angels did God ever say, ‘You are my Son; today I have begotten you’?” (Heb 1:5).

The second theme which Christians re-read into the psalms was Jesus’ passion. Psalm 22 was particularly useful to the early church in understanding Jesus’ crucifixion. Both Mark and Matthew place the first verse of this psalm on Jesus lips just before he dies: “My God, my God, why have you forsaken me?” (Mark 15:34; Matt 27:46). Moreover, the evangelists use Ps 22 to gather details for the scene at Calvary. Matthew has those who mock Jesus on the cross quote verse eight (Matt 27:43). From verse 18 (“They divide my clothes among themselves, and for my clothing they cast lots.”) all of the gospels describe the soldiers casting lots for Jesus’ garments. John is even more explicit by actually quoting the verse of the psalm (John 19:23-24). All of the evangelists describe Jesus being given vinegar to drink. This is drawn from Ps 69:21, “They gave me poison for food, and for my thirst they gave me vinegar to drink.” Again John emphasizes the use of the psalm when he tells us that Jesus acknowledged his thirst, “to fulfill the scripture” (John 19:28).

Many additional re-readings could be added to those cited above. Those mentioned here, however, illustrate that the re-reading of older texts in light of new events was a practice common within both the Hebrew and Christian scriptures.

The Validity of Re-reading Older Texts

Now that we have established that the practice of re-reading older texts exists, how can it be justified? Let’s begin with a contemporary example. On the first anniversary of the September 11th attacks on the World Trade Center, a solemn ceremony was held at ground zero. As part of that commemoration, Lincoln’s Gettysburg Address was read. Here a text which was 139 years old was re-read in a new context. Clearly there were parts of the address which fit poorly into the new setting. The United States was no longer “four score and seven years” old, nor were we “engaged in a great civil war.”

However, other phrases from the address proved to be profoundly relevant and meaningful. The words, “We are met here on a great battlefield of that war,” assumed an eerie new meaning when spoken in the emptiness which the twin towers once filled. The sentence, “The brave men, living and dead, who struggled, here, have consecrated it far above our poor power to add or detract,” shifted its meaning from soldiers at Gettysburg to men and women—fire fighters, police, and victims—who gave themselves for others in New York. As the address continued, Lincoln’s words moved from description to motivation: “It is for us, the living, rather to be dedicated here to the unfinished work they have, thus far, so nobly carried on . . . .that we here highly resolve that these dead shall not have died in vain.” With that move, new listeners felt their hearts strengthened to face the upcoming struggle against terrorism. An old text spoke new meaning in a new context. Both text and context were enlarged by the re-reading.

This example shows that if the re-reading of an older text is to be valid, both the difference and the continuity between the text and its new context must be maintained. In the re-reading of the Gettysburg Address, the history of the text was preserved. There was no implication that the text was contemporary. No one supposed that Lincoln foresaw the tragedy of September 11th and sought to address it. Thereby the difference between text and context was upheld. At the same time, a continuity between text and context was made obvious. The national struggle, death, sacrifice, freedom, and resolve which Lincoln knew reinforced and expanded those same realities in our time, giving them a connection to American tradition and identity. It was of immense importance that the text was a part of American history. A re-reading of the same words, had they been spoken by the emperor of Japan, would not have been as effective. Because Lincoln was an American president and Gettysburg was an American battlefield, the continuity with an American tragedy was amplified.

When Christians read the psalms, we are re-reading old texts in a new context. We are re-reading Jesus into Hebrew prayer. If we wish that re-reading to be valid, both the difference and the continuity between text and context must be honored. We must not forget the psalms’ historical character. They are historically not Christian prayer but Jewish prayer. We should not imagine that Jesus has been “hidden” in the psalms by the authors who foresaw his coming and chose not to mention it.

Christians must never minimize the difference between the Psalms and Christianity. We must never appropriate these prayers, as if they are our own. The Psalms remain forever the Songs of Israel, Jewish in their origin and nature. Yet Christians can re-read the psalms from our own context. For as long as we recognize our continuity with Israel, our Christian re-reading is an enlargement rather than a replacement of God’s covenant with the Jews. As the Jewish psalmist praises God’s beauty, goodness, and truth, we can validly re-read Jesus in his words. But we do this not because we believe the psalmist recognized Jesus in his prayer, but because, in the light of who he is for us, we see Jesus wherever God’s beauty, goodness, and truth appear.

2 thoughts on “Is Jesus in the Psalms?”