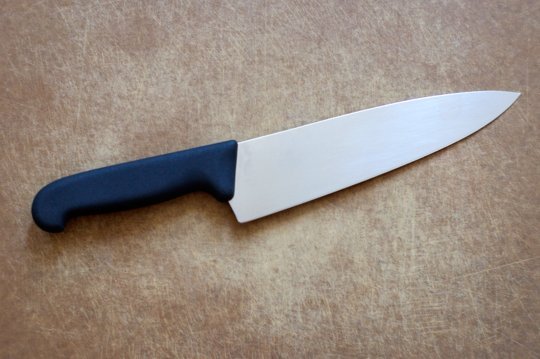 Louise had been married to Tom for seven years. It wasn’t easy. Like most couples their marriage began romantically enough. But soon it became apparent to Louise that Tom had a drinking problem. When he came home drunk, which became more and more frequent, he became abusive. At first it was only verbal, but then it became physical as well. On several occasions Louise required medical attention and found herself making up stories to disguise the real source of her bruises from the doctors: “Oh, I fell down a flight of stairs,” or, “I walked into a door.”

On one occasion Tom came home particularly inebriated. He flew into a violent rage and began to throw things around the house. Their four year old son, who was awoken from his sleep, came into the room. Louise saw Tom’s anger when he saw the child. He took a step towards the boy but then checked himself and retreated into the bedroom, slamming the door behind him. As she picked up her son to console him, Louise could not forget the anger in Tom’s eyes. Surprisingly, for the first time in her life she realized that the violence which was usually directed against her could affect her son as well. That very night after Tom had fallen asleep, she took her son with her in the car and drove to a women’s shelter. A very painful divorce followed, but Louise never looked back. In the months and years that followed as she talked to counselors and friends, they often asked her, “Why did you stay with Tom as long as you did?” Louise would always give the same answer: “Before I realized that he could hurt my son, I couldn’t imagine leaving Tom. Divorcing him was like rejecting a part of myself. It would have been like cutting off my hand.”

Sometimes the things that most endanger us appear to us as normal and acceptable. Sometimes the greatest threats to our lives are the things that seem a part of our very selves. Therefore the thought of leaving those things behind is unthinkable, impossible for us to imagine. It is for this reason that Jesus uses such shocking language in today’s Gospel. He suggests that we cut off our hand or our foot or pluck out our eye. Jesus knows that at times there are things in our life that need to end. And even though it seems like we are cutting off a piece of ourselves, refusing to take that step would endanger something of even greater value.

We might love our work. We might thrill to the excitement of accomplishing things and finding success in our job. But if the energy and time that we put into our work begins to strangle our relationship with our spouse and our children, then we might need to change our job or at least the way that we do it. That possibility might seem like eliminating a very part of ourselves. Yet it would be better to do that than to continue to work full throttle and lose our family in the process. There may be somebody in our life who consistently manipulates us and tears us down. It could be a relative, a friend, perhaps even a parent. If, after repeated attempts to correct that relationship, we realize that this person will never change, we might have to sever ties with the one who hurts us. Although that might seem like tearing out the fabric of our lives, it would be worse to find ourselves sinking into depression or losing our mental health. We might recognize that we have an addiction to alcohol, to drugs, to excessive overeating. It might become clear that if we are to remain healthy we need to stop the addiction. To stop, however, might seem impossible, like cutting off our hand. Yet it would worse to let that addiction control us and possibly destroy us.

Jesus uses such strong language in today’s gospel because he knows that removing deadly things from our life is not easy. It is like losing a piece of ourselves. He also understands that taking such strong action is not possible by willpower alone. God’s grace is necessary.

Here is where the good news emerges. For we believe in a God who calls us to life and happiness. We believe in a God who will assist us when we need to make hard decisions and attain those things that God has promised. We might have to wait for the right moment, but we as a people believe that God will not abandon us. We believe that God will be there to give us the strength we need to move towards life. Louise found that right moment and she seized it to save herself and her child. We need to believe that God is with us and will give us what we need to control our overwork, to protect ourselves from manipulation, to say “No” to that next drink. These threats might seem so much a part of us that removing them might feel like cutting off a limb or plucking out an eye, but with God’s help it can be done. For with God all things are possible.