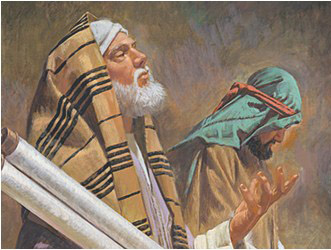 A careful reading of other historical sources reveals a more positive understanding of the Pharisees. They were one of several Jewish groups of the first century C.E.  Their aim was to extend the holiness and worship of the temple into the everyday life. Their interpretation of the law was more flexible than other Jewish groups because they believed that an oral legal tradition held authority along with the written scriptures. They encouraged an approach to God as a loving Father and cherished a hope for the resurrection of the dead. In light of this information, it seems that Jesus’ own teaching was influenced by the Pharisees.

The Catholic bishops of the Second Vatican Council attempted to correct the inaccurate presentations of the Pharisees and took great steps to improve the relationship between Catholics and Jews. This relationship was addressed chiefly in The Declaration on the Relationship of the Church to Non-Christian Religions. The writing of this declaration was complex and a genuine learning process for the council participants. Many bishops from Europe and the United States were keenly aware of the manner in which Christian distortions of Jews and Judaism had contributed to the growth of Nazism and the horror of the holocaust. Bishops coming from parts of the world where Jews were few contributed perspectives concerning the other great religions such as Islam and Hinduism. What resulted from this international mix was a document with a world-wide perspective which related the church to a variety of religious traditions in a positive way. The document was not, however, without opposition. A conservative minority expressed fear that such a positive view of other religions would weaken the majesty of the Catholic Church and lead to indifference and the lessening of missionary activity. There was even an effort in October of 1964 to derail the document.

The declaration was, however, finally passed. It calls the Church to alter the false perceptions of the past. Section #4 of the text insists that the Jewish people remain most dear to God because of their ancestors. It not only repudiates the charge that the Jews are responsible for Jesus’ death but also decries any displays of anti-Semitism at any time and from any source. In 1985 the Vatican Commission for Religious Relations with Jews issued a series of Notes that were intended to implement the ideals of the Declaration from Vatican II. The Vatican Commission stated that an exclusively negative picture of the Pharisees is likely to be inaccurate and unjust.  They also asserted that if Jesus shows severity in some of his debates with the Pharisees in the gospels, it is because he is closer to them than to other contemporary Jewish groups.

Are you a Pharisee? Since the group no longer exists, it is impossible to be a Pharisee. But if you believe in the resurrection of the dead and in a loving God whose will for us has been revealed in both written an oral form and shows us how to live our faith in everyday life, you are standing in the faith of the Pharisees.

6 thoughts on “Are You a Pharisee?”