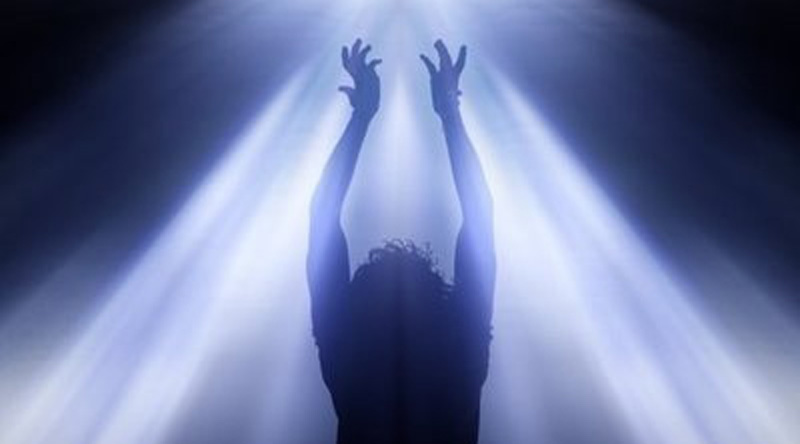 Once upon a time a boy said to God: “Oh God, when I grow up, I want to live in a huge house with a big front porch and two Great Danes that can play in the backyard. I want to marry a tall woman who is very beautiful and kind, who has long black hair and blue eyes, and who plays the guitar and sings in a high clear voice. I want to have three sons with whom I can play football. One of them will grow up to be a famous scientist, the other a senator, and the third will play quarterback for the Browns in the Super Bowl. I want to be an adventurer and cross over oceans and climb mountains. I want to drive a Ferrari, and I never want to pick up after myself.”

God said, “That’s a beautiful dream, and I want you to be happy.” But a few years later the boy injured his knee playing football, and his life as an adventurer was over. So he went to college and earned a degree in marketing and founded a medical supply company. In college he met a pretty girl who was loving and kind, but was not glamorous. She was no musician, but she was a marvelous cook. He married her, and because of the business they lived in a downtown apartment. Their balcony had to suffice for a big front porch. There was no room for two Great Danes—only one fluffy cat. They had three daughters (not sons), and the loveliest of the three had to use a wheelchair. The man’s business provided comfortably for his family, but he never owned a Ferrari. And because he had three daughters, he spent most of his life picking things up. When he retired, he supported his wife in her long battle with cancer, and when she died, he moved in with one of his daughters.

Then one night he talked to God again. “Oh God,” he said, “Do you remember when I was a small boy and I told you what I wanted in my life?”

“I could have,” said God, “but I thought that I would surprise you with things you never dreamed of. And, if I do say so myself, the package I put together for you was one of my best. Do you disagree?”

“Not really,” said the man, “but my life is not what I expected.”

In today’s gospel Jesus calls four of his disciples: Simon and Andrew, James and John. We can be sure that all four of these men had dreams and expectations for their lives. Those expectations probably centered on their families and their fishing business. But the gospel doesn’t say anything about their expectations, because it centers on what is most important: the fact that Jesus called them, and they trusted him enough to follow him, to let him lead them into the future. Of course when they followed him many things changed. They were not catching fish anymore, but people. They were traveling with Jesus around Galilee and Judea, listening to his teaching, witnessing his death and resurrection, and becoming his messengers throughout the world for a new creation. Their lives were not what they expected. But the gospel doesn’t say anything about those expectations or about how their lives developed. All it tells us is that Jesus called them and they followed him.

The gospel does this to emphasize what is essential in our lives. It wants us to realize that God is real and is calling us. It wants us to know that our lives will unfold not as we dream them but as God dreams them. The gospel, then, calls us to trust, to open our hearts and allow Christ to make his dream for us a reality. All of us can think of things in our lives we had thought would be different, things in our family, things in our business, things in our relationships. There were successes we never achieved and dangers that we did not avoid. But today’s gospel tells us that all those expectations are secondary. What is primary is that Christ has called us and we are to follow him. And we should follow him because he is trustworthy. We can place our lives in his hands as long as we remember that his commitment to us is not to give us what we expect—but to give us what is good.

2 thoughts on “What God Dreams for Us”