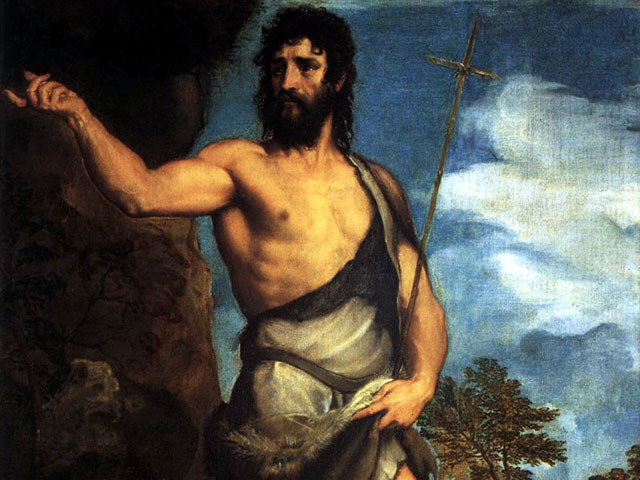 At the beginning of today’s gospel we are told the crowds around John the Baptist were filled with expectation. Things were tough in first century Palestine. The Romans ruled with an iron fist. People were poor. Things needed to change. Because the Jews were a people of faith, they were expecting that God would send an anointed one to set things right. Then John the Baptist appeared. His preaching was so powerful, his presence was so dramatic, his vision was so clear, surely he was the one that God was sending. The people’s hearts were filled, asking, “It’s John! It’s John! We know it’s John, the one to inaugurate the kingdom.” So you can imagine their disappointment when John set them straight. “I’m not the one,” he said, “There’s one who’s coming after me.” The people groaned. “Who could be better than John? Why doesn’t God make him the messiah? We’re tired of waiting. We’re so close. Why do we have to wait for another?”

This complaint and this pattern is something we recognize in our own lives. Often times when we are looking for something we want or something that we need, it seems that we are so close. “Finally, I’m getting a direction to my life, in my education, in my career. At long last I have found someone that I can date who is generous and good and genuine. It seems so right. Here is a business opportunity that looks like it will never fail. Disagreements in my family are suddenly beginning to thaw and people are talking to one another.” When these things begin to happen our hearts fill with expectation. We are so close. Maybe this is the time. Surely this is the way that God will gift us. Then, something happens and it becomes clear that it is not going to work, that the things we were hoping for are not going to happen, that what seemed so close is no longer a possibility. Like the crowds around the Baptist, we groan, “Why couldn’t this have been it? What is God up to? Why do we still have to wait?”

Sometimes it is only when we receive the final gift that it becomes clear how all the earlier hoping and expecting was merely opening our hearts to the gift that God was planning to give. When Jesus finally appeared, then the crowds around the Baptist understood what all their hoping and excitement was about. The Baptist was only preparing the way for Jesus.

If we can trust and believe in the final gift that God is preparing to give us, we will not be disappointed. Our God will not be outdone in generosity. Often the gift we finally receive is more than we were expecting. After all, the crowds around John the Baptist were expecting a messiah, but what they received was God’s beloved son.