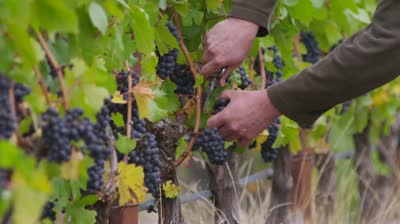 One evening at a party, shortly after they met, he said something really dumb and needlessly cruel. He thought he was just being clever, but he was drunk. He will never forget the hurt that he saw in her eyes, how deeply his words cut. Today, he is a more sensitive and loving husband because of that horrible night.

She was only 12 when she was arrested for shoplifting a watch at a neighborhood store. The owner said he would not prosecute if she agreed to work in the store for restitution. During the afternoons she swept the floors and stocked the shelves, she came to see how hard the owner worked and what this store meant to him. Today, she owns a small neighborhood bookstore. She would trace her work ethic to those hours she spent making up for her crime.

The two couples were friends for a very long time. But when the son of one of the couples developed a drug problem and threw their family into upheaval, the other couple held back. They did not want to get involved. The friendship ended. Today the couple that held back understands friendship more fully. They now see that true friends do not only stand by one another in good times but in hard times as well.

All of us have said words and made choices we regret. Our mistakes have consequences, both for others and ourselves. Today’s gospel challenges us to use those consequences to lead us to a better place. This is what makes the first son in today’s gospel a model for us. This son said no. He refused his father’s request to go and work in the vineyard. But then he recognized the consequences of his refusal. He remembered the disappointment in his father’s face. He began to feel the strain that his refusal placed upon their relationship. He allowed those consequences to change him. He let his disobedience become obedience, his refusal become acceptance, his “no” become a “yes.” All of us have fallen short. All of us know that there are consequences to the mistakes we have made. But those consequences can be helpful if we use them. The gospel asks us today to think about the effects of our poor decisions and allow them to change us.

If we remember how our words hurt someone else because of their cruelty, we can allow those words to lead us to be a person who treats others with respect and patience. Our infidelity can lead to commitment, our indulgence to service. Embarrassment over our prideful actions can motivate us to care for the poor and the oppressed.

We have all sinned. But if we look at the consequences of our mistakes, sin need not be our final condition. We may have hurt the people we love. We may have made a mess of our responsibilities. We may have said no to the God who calls us. But it is not too late. There is still time to go and work in the vineyard.