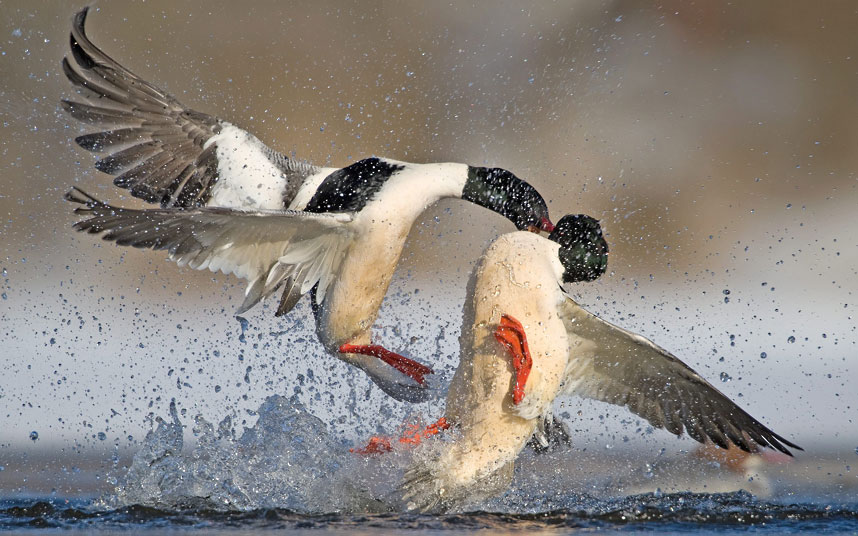 John the Baptist is our guide for the season of Advent. In today’s gospel John appears preaching a baptism of repentance. That makes repentance a part of this season of Advent. It calls us to practice repentance during these weeks before Christmas. But what is repentance? There are several meanings to the term, but its most foundational sense is a call to change, to change something in our lives. You see, all of us have qualities in our life that keep God out, that make the way of the Lord crooked and rough, that prevent Christ from coming into our hearts.

Therefore this season of Advent asks us to examine whether we are carrying resentment against others? If we are, Advent asks us to let it go, to repent of it, so that Christ can come in. But how do we let go of resentment? After all, some resentment goes very deep. We might take a lesson from the example of ducks. I don’t know how many of you have ever stopped by the duck pond here in the Metroparks. But if you have, you might have had the opportunity to see ducks fight. Ducks fight in a particular way. Every so often one duck annoys another duck, and the two of them go at it. There is a lot of churning of water and squawking. But the fight does not last very long. After a minute or two, the two ducks swim away. As they move away from the other, each duck takes a moment to flap its wings a couple times. This releases the pent-up energy from the fight. And, once they flap their wings, it’s over. They swim around the pond, at peace with one another.

So that’s how ducks fight. They fight, they flap, and it’s over. Ducks fight differently from us. When humans fight, we turn it into a story. If a duck were to fight the way we fight, it would go something like this: I can’t believe what just happened. Did you see what that other duck just did? He was a few inches from my face. You know, he thinks that he owns the pond. He never gives me any space for myself. No question–that duck cannot be trusted. I will remember him. This is not the end of it. I know who he is. This is not over.

Now, of course, ducks do not think that way. But we do. When someone hurts us, we prolong that pain by making it into a story and then telling and retelling that story over and over again. We make the pain permanent by giving it a narration, by repeating over and again what happened, what someone said, how we felt. As we tell that story over and over again, we continue to give life to the hurt and to the pain.

The season of Advent calls us to let go of the stories of our hurt so that our hearts can heal. Yes, we have been hurt. Yes, we have been treated badly. But the only thing we accomplish by telling that story over and over again is to keep the pain alive. It is time to stop the story. It is time to flap our wings and let the hurt go. Resentment builds a roughness into our lives. It twists our hearts. If Christ is coming to us, he needs a way that is straight and smooth.

Now, of course, we can never forgive or let go without God’s help. But Advent is a time of grace. So this is the time to ask for that help, to let go of the story, to let go of the hurt, and prepare the way of the Lord.

1 thought on “The Way Ducks Fight”