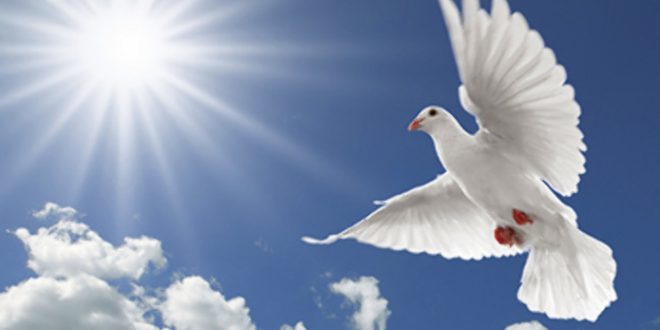 During the Christmas season, we celebrate the birth of the Christ as “The Prince of Peace.” So why does Jesus tell us in today’s gospel that he has not come to establish peace, but rather division? How can the same Christ who calls us over and over to forgive our brothers and sisters and calls peacemakers the children of God, now say that he has come to set the earth on fire and divide families right down the middle? To address this dilemma, it’s helpful to realize that the word “peace” has different senses in the New Testament. When “peace” refers to a goal, a goal for the world, Jesus accepts peace unconditionally. Peace on Earth is God’s will for us, and it is the purpose of the Kingdom. But when Jesus speaks the way he does about peace in today’s gospel, he wants us to realize that although peace is God’s desire, getting to peace is not always peaceful. Sometimes, we must be willing to risk a temporary peace, in order to achieve a lasting one.

So, why would a spouse not speak the truth? Because of a fear of an argument. Because of a risk that a partner would become disappointed or angry. So, instead of saying what a person really feels, wants, or needs, the person says nothing, or says what he thinks his or her spouse wants to hear. And the marriage begins to die. The truth has been avoided for the sake of peace. Now, this is the peace that Jesus wants to set on fire. This is the peace that he has come not to establish but destroy. Jesus wants us to know the truth cannot be sacrificed to keep the peace. And any peace that is not based on the truth will not last.

So, today’s gospel asks us are we willing to speak the truth to the people that are important to us, even though it might risk the peace. All married couples know what the hot-button issues are in their relationship. They could be issues of finance, in-laws, or raising children. Today’s gospel asks us are we willing to raise those issues, respectfully, but honestly. Not because we want an argument, but because we know, that unless our marriage is based on the truth, it cannot grow. We have people in our larger family and friends that disagree with us politically—disagree about immigration, healthcare, or national security. Today’s Gospel asks are we willing to share with them what we really believe, not because we’re looking for a fight, but because these people are important enough to us that they deserve to know who we really are.

Jesus is the Prince of Peace. He leads us into God’s peaceable kingdom. But getting to peace sometimes involves risking the peace. This is because a peace that is not built on truth is no peace at all.