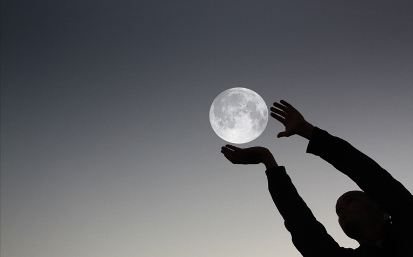 “We need more boxes,” said the king. “Cut down all the trees in my kingdom and use the lumber to make more boxes to add to the tower.” And it was done. Now the tower was immensely high, and the king began to climb it. He climbed up higher than the birds, higher than the clouds to the very top of the tower. But, he could not touch the moon. “We need more boxes,” cried the king to the carpenter below. “There are no more boxes,” said the carpenter, “you’ll have to come down.” “Never!” said the king, “I am the king and I want to touch the moon. If there are no more boxes, then I command you to start bringing up the boxes that are at the bottom of this tower.” It was done. And, of course, everything then collapsed in utter ruin.

Now, the story is an absurd one, but it resonates with the sad experience of many people throughout the world, people whose countries are ruled by a dictators or despots who are only concerned about their own power. Look at Libya, or Syria or Bahrain or many other countries where political leaders are willing to expend the country’s resources and do violence against their own people in order to stay in power. They want to touch the moon, and they are willing to go higher and higher regardless of the cost.

This teaching of Jesus should lead us to thankfulness and commitment. Let us begin with thankfulness. Who are the people in your life who gave you the foundation to be who you are? Who are the people who thought not of their own importance and status but rather gave themselves for your benefit. Who are the people who showed you what wisdom is, what responsibility is, what integrity is, what love is. Are they parents?  Grandparents?  Friends? Teachers? Mentors? None of us can stand without a foundation provided by someone else. This truth should always make us thankful. If these people in your life are still alive, why not take some time this week to thank them for what they have done for you. If they are already with the Lord, then say a prayer that the Lord might hold them close. Our first step is thankfulness.

But, that leads to commitment. For, if others have given a foundation to our lives, we must be people who are committed to provide a foundation for others. As parents, as friends, as spouses, as teachers, we should see that true authority is not seeing how high we can get, but rather the willingness to lay down our lives as a foundation of generosity, responsibility, and care for others, so that their lives can grow.

True authority is not the power to touch the moon. It is the sacrifice and love of laying down one’s life for the sake of another. Even as we are thankful for those who have given this gift to us, let us also commit ourselves to live our lives in such a way that others will see in our witness, a foundation on which their lives can stand.