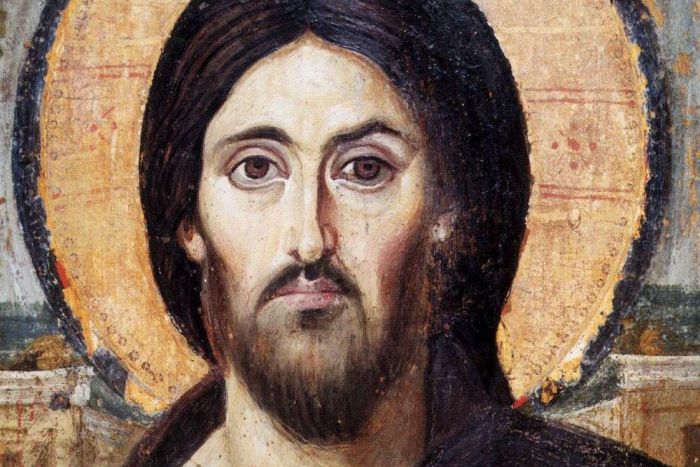 Today’s gospel passage is unique. As far as I can tell, it is the only place in the New Testament where Jesus is wrong. Now we are not used to Jesus being wrong. Almost always, Jesus teaches and reveals God’s truth perfectly. And whenever he debates with his opponents, his arguments win the day. But here, in this encounter with a Canaanite woman, Jesus takes a stand that is contrary to the will of God. How is this possible? Don’t we believe that Jesus is divine? How can God be wrong? We do believe that Jesus is divine, and we also believe that he is fully human. And it is in his humanity that he is influenced by his culture and that he acts at times with incomplete knowledge.

These human limitations lead Jesus to make the wrong decision in dealing with the Canaanite woman. As a devout Jew, Jesus treasured the close relationship that God had established with the Jewish people. They were God’s children. Non-Jews, Gentiles, were not as close to God. Although they were certainly God’s creatures, they did not belong to God’s people. Jesus believed that his ministry was limited to his own people. He expected to find faith only among his fellow Jews. So when this Canaanite woman, who was a Gentile, comes and asks him to heal her daughter, Jesus jumps to the conclusion that it’s none of his business. At first, he simply ignores the woman. The text tells us that Jesus did not say a word in answer to her pleading. But when she persists, he not only rejects her request but also insults her. He says “it is not right to take the food of the children” (that is the Jewish people) “and throw it to the dogs” (that is the Gentiles, like you). In responding in this way Jesus was wrong. In his humanity, he was influenced by his culture and by his belief that God’s action in him was limited only to his own people.

But Jesus always is a model for us, and this is especially true in today’s gospel. Because when Jesus realizes that he is wrong, he changes his mind. When he sees this woman’s faith, he comes to understand that God is calling him not only to minister to his own Jewish people, but to the Gentiles as well. And once he sees this, Jesus changes direction. He heals the Canaanite woman’s daughter.

This gospel is telling us that we, like Jesus, can be influenced by our culture and can often act with incomplete knowledge. Therefore it must be our goal to locate the prejudices that we carry and to repent of them. It might be the prejudice that a person of a different race, religion, or sexual orientation does not deserve our respect. It might be the confidence that violence or coercion is the best way to protect our family or our country. It might be the belief that someone who has hurt us should not be forgiven. All of these beliefs can seem to be just part of the culture, just business as usual. But they are contrary to God’s will. And once we realize it, we must pray for the strength to reject them.

If Jesus could be wrong, there is every reason to believe that we can be wrong as well. That is why we must pray to our Lord, who changed his heart to heal the daughter of the Canaanite woman, to change our hearts so that we can be better instruments of God’s love in our world.

7 thoughts on “The Day Jesus Was Wrong”