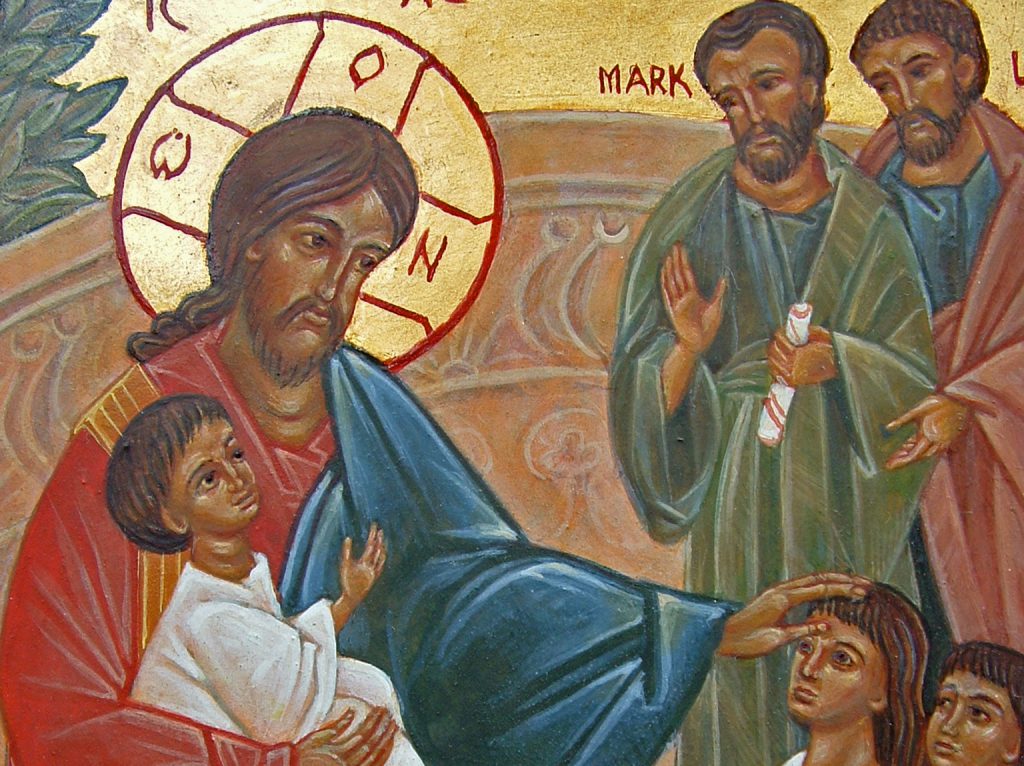 I was running late, very late. I had an appointment to anoint a parishioner who was in the last days of his life. His family was already gathered around his bedside. I was stuck in traffic. When I finally arrived at the nursing home, I parked my car and began to make my way quickly through the lobby. About halfway across, I saw an elderly woman on the other side of the lobby standing with a walker. She was waving at me. I did not know this woman, but she had seen my collar and she was obviously anxious to talk with me. “Father, Father!” she cried. “What parish are you from? What parish are you from?” I could see that she was dealing with some dementia, and although she was anxious to talk with me, I had parishioners waiting. So I waved back, “St. Noel. God bless you. God bless you.” And I quickly ran down the hallway to my appointment.

It was only after the anointing, as I got back into my car, that I thought of this woman again. I was disturbed by my interaction with her. At first I could not figure out why. I had the right to push on, didn’t I? I was late. There were people waiting. Then I realized why I was upset. Here is what I thought: Pope Francis would have stopped.

The hallmark of Francis’ ministry as pope is that he not only speaks to kings and presidents, but he stops to speak to the poor, to the imprisoned, and to those who are dealing with dementia. In doing this he is following the example of Jesus in today’s gospel. When Jesus tells us that if we wish to be first we must become last, he is not saying that a homeless person is of more value that a billionaire. But he is telling us that a homeless person deserves our time and attention just as much as someone whom society admires. When Jesus takes a vulnerable child and embraces it in the midst of his disciples, he is not saying that the most vulnerable among us are worth more than we are, but he is saying that our standing in his eyes is tied to the way we treat the least among us.

When Pope Francis visits the United States this week, you can be sure that there will be impressive speeches and beautiful liturgies. But also be prepared for him to stop and speak to those who many think are unimportant and some would judge as the least. I believe that Francis does this not because he wishes to generate media coverage. He believes in the value of every person, and he knows that when he stops for the least among us, he is doing what Jesus would do.

2 thoughts on “Stopping for the Least”