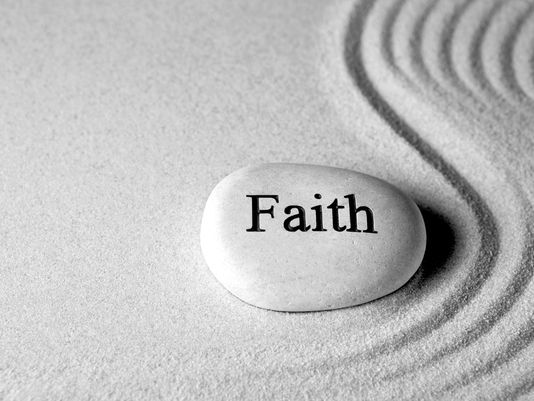 A man wanted to take out a rather large loan, and he was willing to offer a tract of land in Louisiana which had been in his family’s possession for years as collateral. The bank, of course, wanted him to ascertain that he had clear title to the land, so he did an extensive title search. He was able to verify that this land had been in his family’s possession since 1803. The bank was not satisfied. It wanted him to trace the title before 1803. This was not easy. After months of frustrating search he finally had his lawyer send his bank this letter.

“In 1803, the United States bought Louisiana from the French who had title to it because they received it from Spain through victory in war. Spain had title to Louisiana through the exploration of Christopher Columbus who discovered the New World.  Christopher Columbus had title to the land because it was supported by Queen Isabella of Spain who underwrote his voyages and proclaimed that anything derived from their discoveries would be in honor of Jesus Christ, the Lord of the Universe. Jesus Christ, as you know, is the Son of God. God, by common agreement, is the Creator of all things including the territory of Louisiana. This proves clear title to the land from 1803 till the time of creation. If you require verification before creation, that is something only God can provide.”

There are some things that only God can provide. Faith in God is one of them. I wish that I would be able to prove to you that God exists, that God cares for humanity, that God has a plan for our lives. But none of these beliefs can be scientifically verified. I cannot show you God’s love like I can show you that the sun is shining or that water is wet. Because the love of God is something that cannot be proven, many people in our world conclude that faith in God is not necessary or reasonable. We see Jesus dealing with issues of faith in today’s Gospel. He has just performed the tremendous miracle of the multiplication of the loaves and fish and yet the crowds that saw that miracle will not accept in faith that he is the Son of God. They keep saying to him, “What signs are you going to perform so that we might see them and believe?” They want proof. But proof cannot be given. Even Jesus cannot perform a sign that would force them to believe.

Faith, then, is a mystery. It is a gift that only God can give. You and I are here today because we have faith. But, we have faith because God has given us the gift to believe. God has given us the grace to see those things that cannot be proven. We do not have faith because we are smarter than other people or better than other people. We are simply the people that God has chosen to receive the gift of faith so that we can believe in what has been offered to us. Now this truth about faith is both a comfort and a hope. It is a comfort because I know that there are many people in church today who have people who you love and who do not believe. It might be a son or daughter, a brother or sister, or a close friend. When there are people in our lives who do not believe, it is natural for us to ask whether somehow we are responsible. Should I have been a different parent? A different sibling? A different friend? Is there something I should have said or done that would have made them believe? We want to take our faith and simply give it to the people we love. But faith is not ours to give. So there is a certain comfort in us realizing that we are not responsible when those we love do not believe. That must remain between them and God. But there is also hope. Because in faith, we know the God in whom we believe. We know that God is a God that cares for all creation and all people. We know that God is the one who searches out the lost and struggling. Therefore, we have hope that God loves the people in our lives even more than we love them and that God will continue to care for them, even if they do not believe.

Faith cannot be proven. It is a gift only God can give. But, we can be confident that God wants to give it. Often when we think about people we love who do not believe, we say, “It is my hope and prayer that some day they will find God”. The good news is that this is not necessary. The people we love do not need to find God, because we have a God who can find them.

1 thought on “A Gift Only God Can Give”